This remarkable feat is due to the efforts of the US Air Force Charity Ball Committee.  Year after year, a talented and energetic group of Air Force spouses bring an extended community of donors and volunteers together to create an unforgettable evening.  This year is no exception as we again strive once again to deliver a singular experience that will also make a positive impact in the lives of our Airmen. 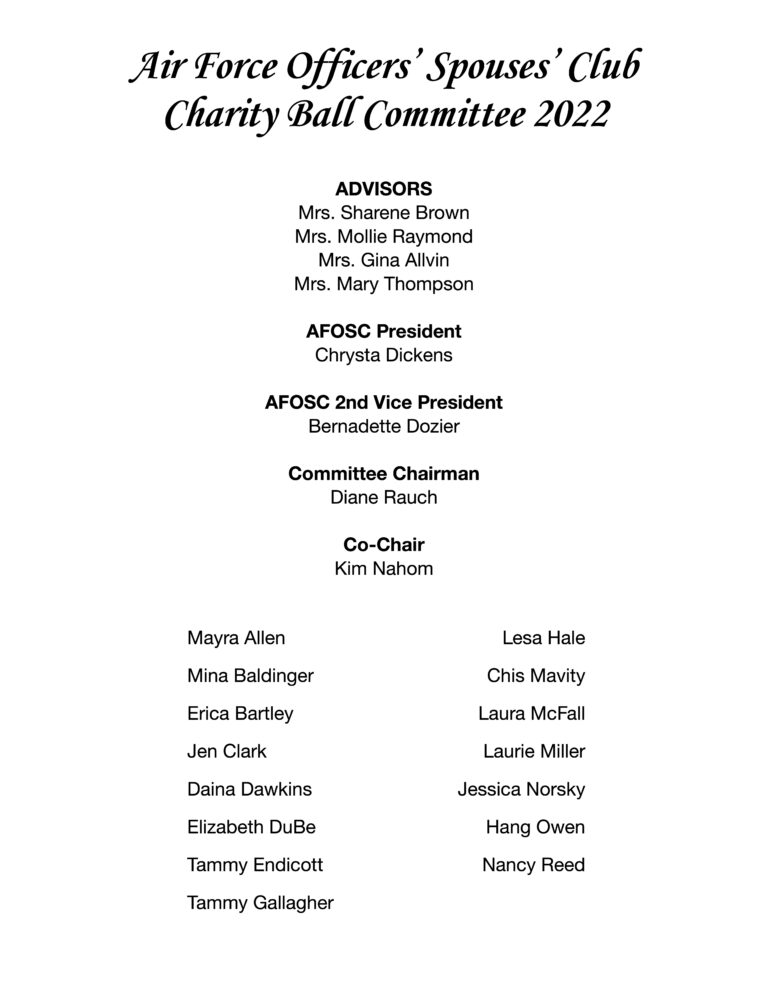 Donate today so the Air Force Aid Society can continue to meet the unique needs of Airmen, Guardians, and their families.